I taught Art in Leeds before becoming a storyboard artist in London. In 1984 I became a full-time portrait painter but have since diversified into other areas of painting whilst still working to commission.

The figure still features strongly in my work and I consider myself an avid people watcher.

I paint in oils and favourite subjects include beaches, station concourses, shopping malls and London streets, particularly in the rain. Aerial views are a fascination too, specially where there are social gatherings like parties…

Im not only interested in light from bright sunshine but also the dramatic light of theatre and film productions. I have even worked directly from stills on the television.

I often use my own photographs as reference but retain ambiguity in my painting. 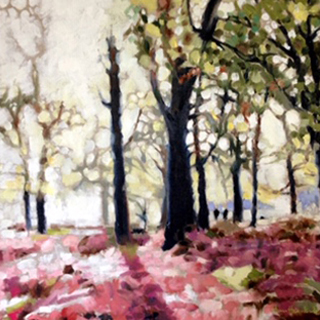 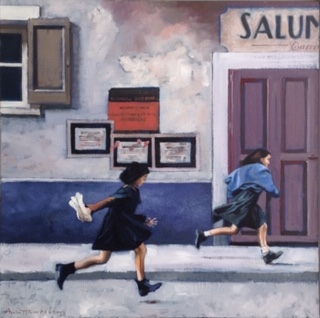 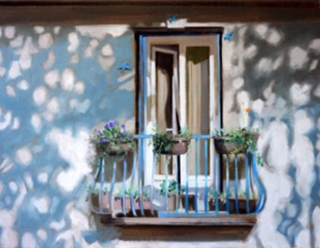 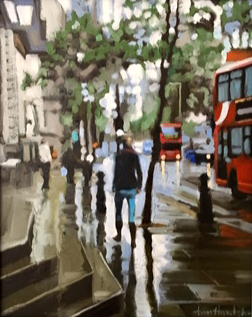 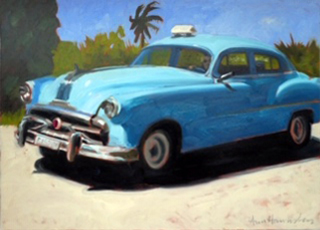 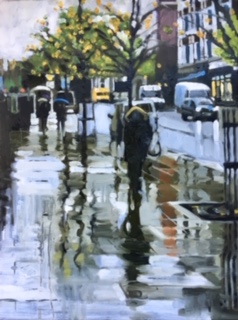 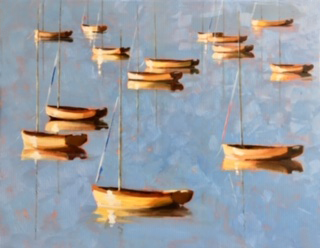 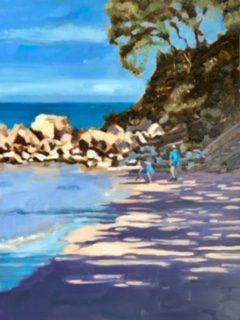 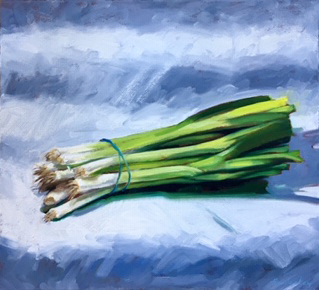 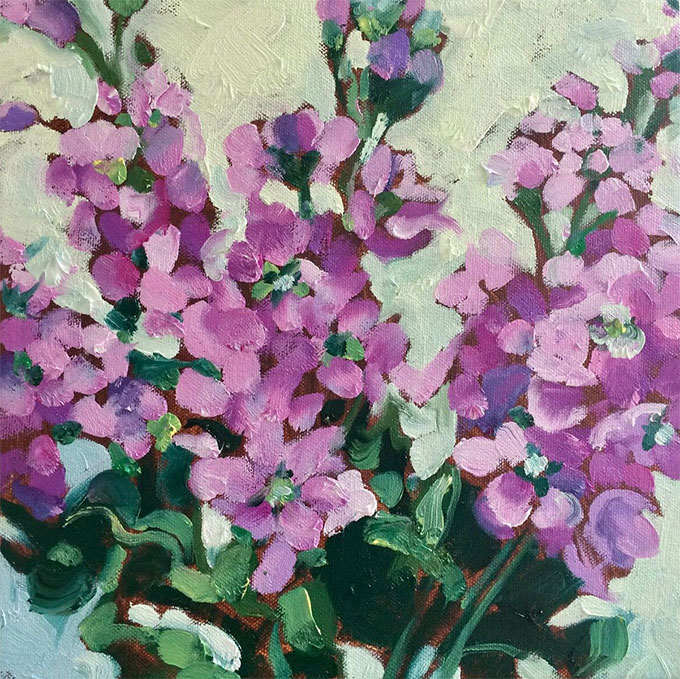 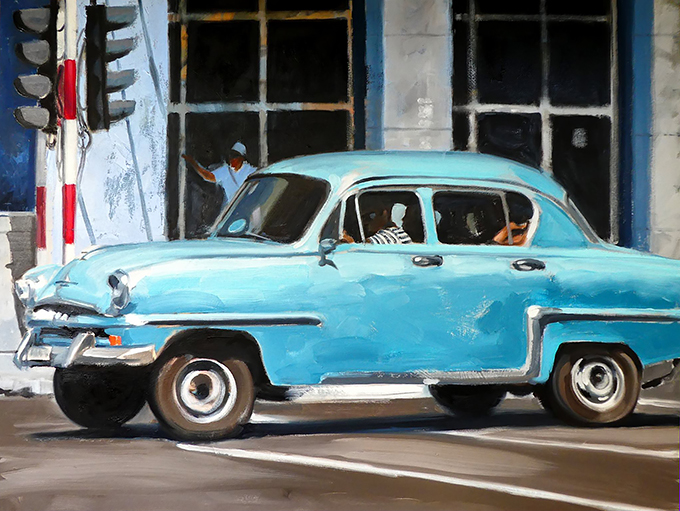 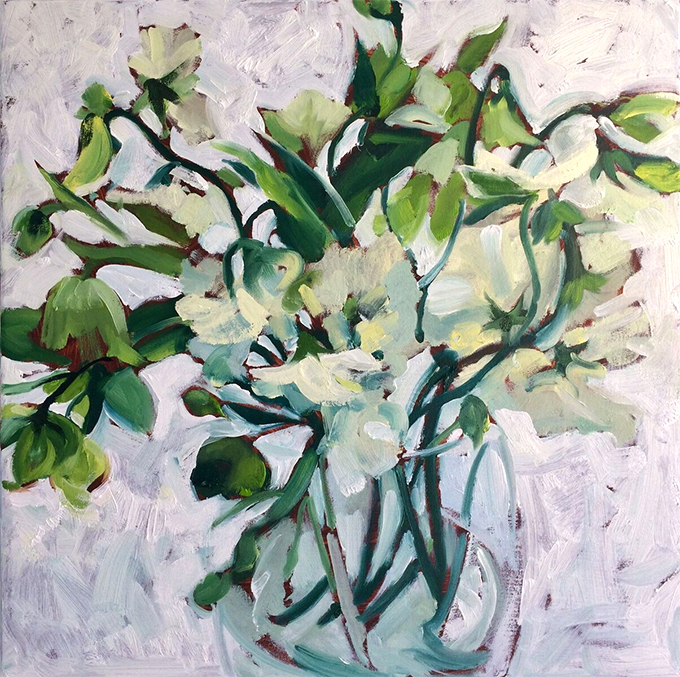