After studying Fine Art and Design at university, I began a career in Advertising in New York. Later, I became a freelance artist. A highlight of those years was the publication of a number of my drawings in The New Yorker Magazine.

Once settled in London, I discovered a love for sculpting. I started with portraits in clay and became completely captivated by the challenge of creating a likeness of the sitter.  From portraiture I moved to figurative work and have been particularly interested in the idea of fragmenting pieces; experimenting with the concept of presenting the essence of form without showing its entirety. This exploration and the desire to investigate different materials lead me to my abstract work, much of which is made in plaster. While working with both the representational and the abstract, I continue to draw reference from life modelling and my work remains deeply rooted in the human form.  Movement, moment, and mood have become the central themes of my work.

In 2016, I completed a Diploma in sculpture at The Heatherley School of Fine Art. I exhibit routinely in group shows and have been a regular contributor to The Chelsea Art Society’s Annual Open Art Exhibition since 2012. In 2014, I was the recipient of The C. A. S.  Award for a Sculpture by a Non-member. 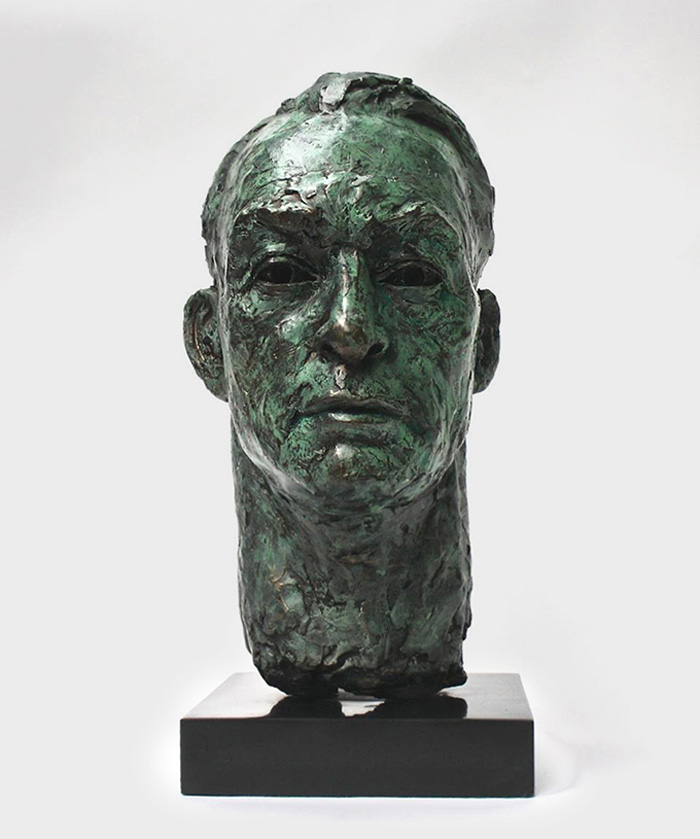 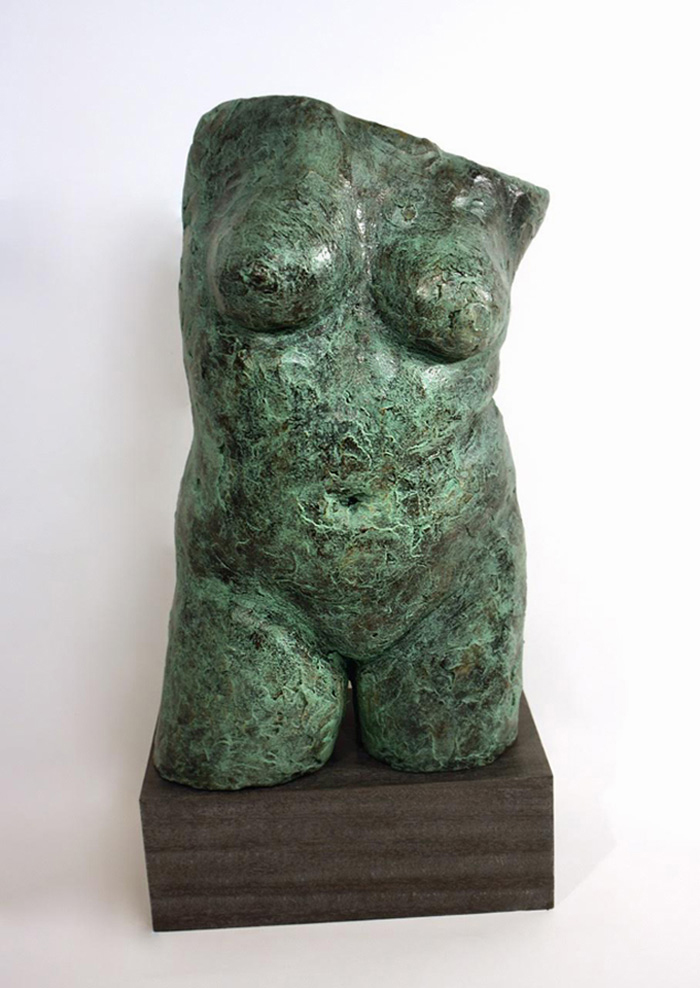 Portrait of a ma, patinated terracotta.