Is an architect and painter.

Chris inherited his dedication as a painter from his artist mother, who taught him the basics from a very early age. In order to make a living as an artist she encouraged him to seek an alternative art-based career. He left school at 18 and trained as an architect. After qualifying in 1987 he began working for the then head of the Oxford School of Architecture, Robert Maguire OBE in Richmond Upon Thames.  His career took him briefly to the Middle East and Europe, but he finally settled in London where he continues to practice today.

He started painting in oils and discovered the excitement of going outdoors and battling with the elements. However he changed from oils when he discovered that watercolours could capture the moment quickly. The difficulty and the unpredictability of watercolour later became an obsession, and seeing it as a technique that needed to be conquered, he has spent a great deal of his painting life trying to get the better of it.

His approach is to always paint en plein air when ever possible. He is particularly drawn to the differing light and atmosphere, and relishes the challenge of painting in all varying weather conditions.

Chris had his first painting accepted by the Royal Institute of Painters in Water Colour (RI) in his early twenties.  Since then has been awarded the ‘most innovative use of watercolour’ by the RI and later the Gwen Madley memorial award by the Chelsea Art Society in 2017. He has also exhibited at the Royal Academy Summer Exhibition (architectural subject), Royal West of England Academy, and more recently for the Pure Watercolour Society in Windrush, Oxfordshire. He is part of the British Plein Air Painters, which exhibits bi-annually in London. 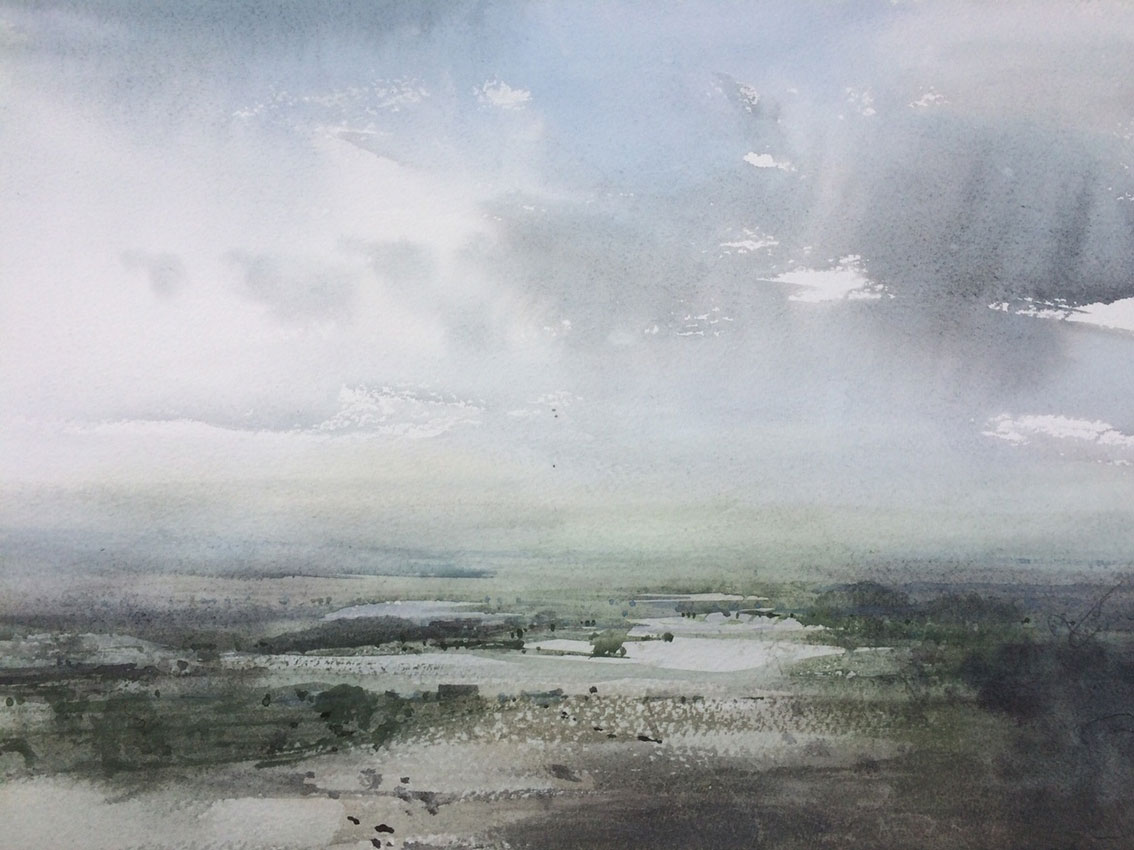 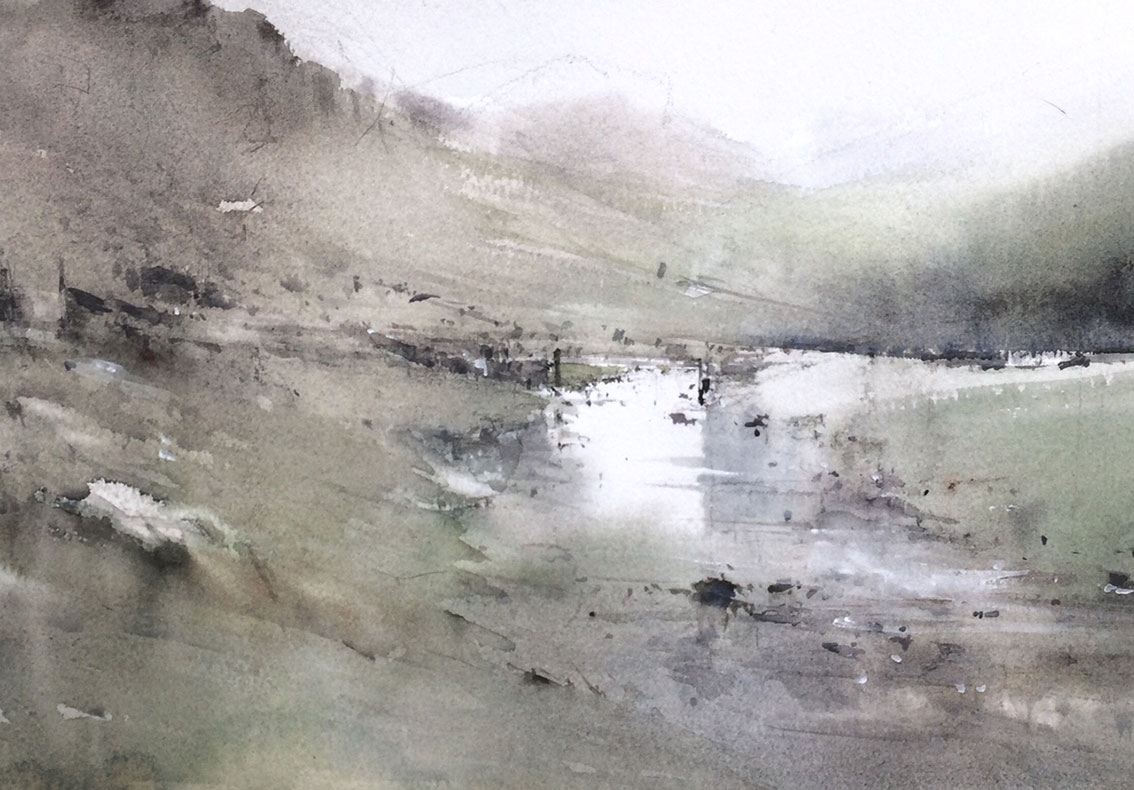 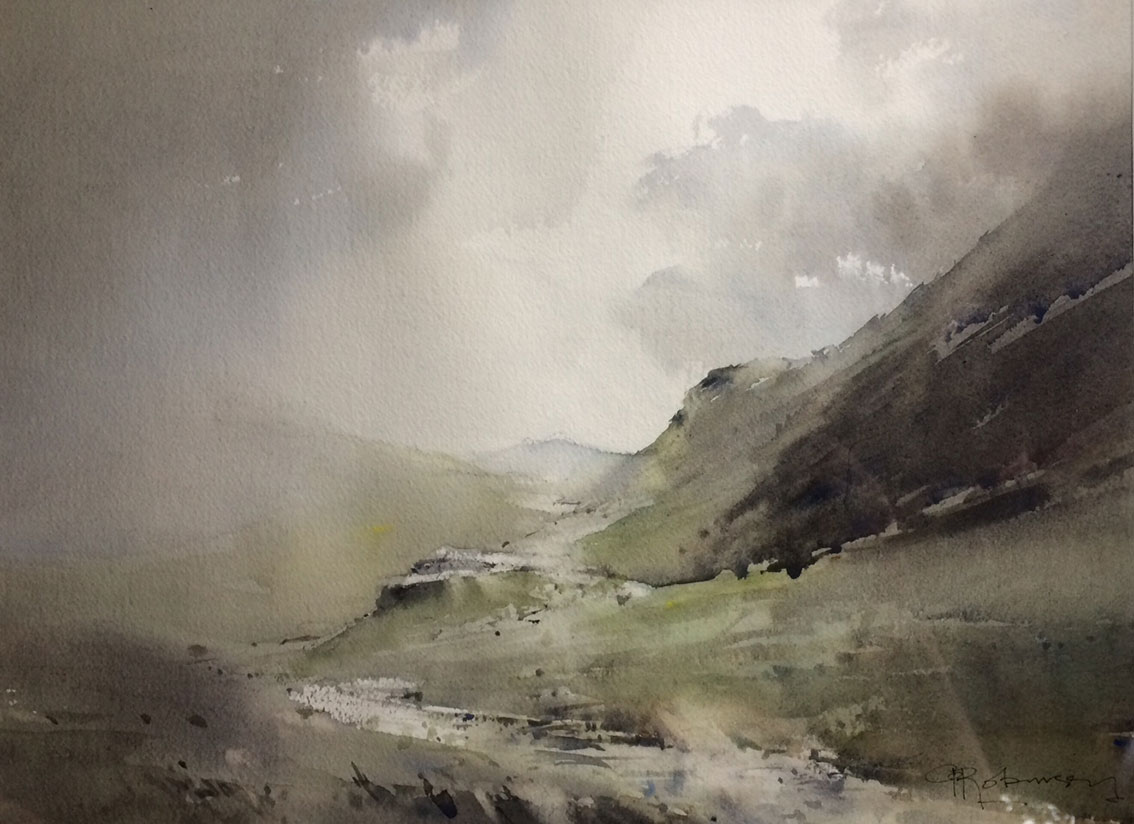 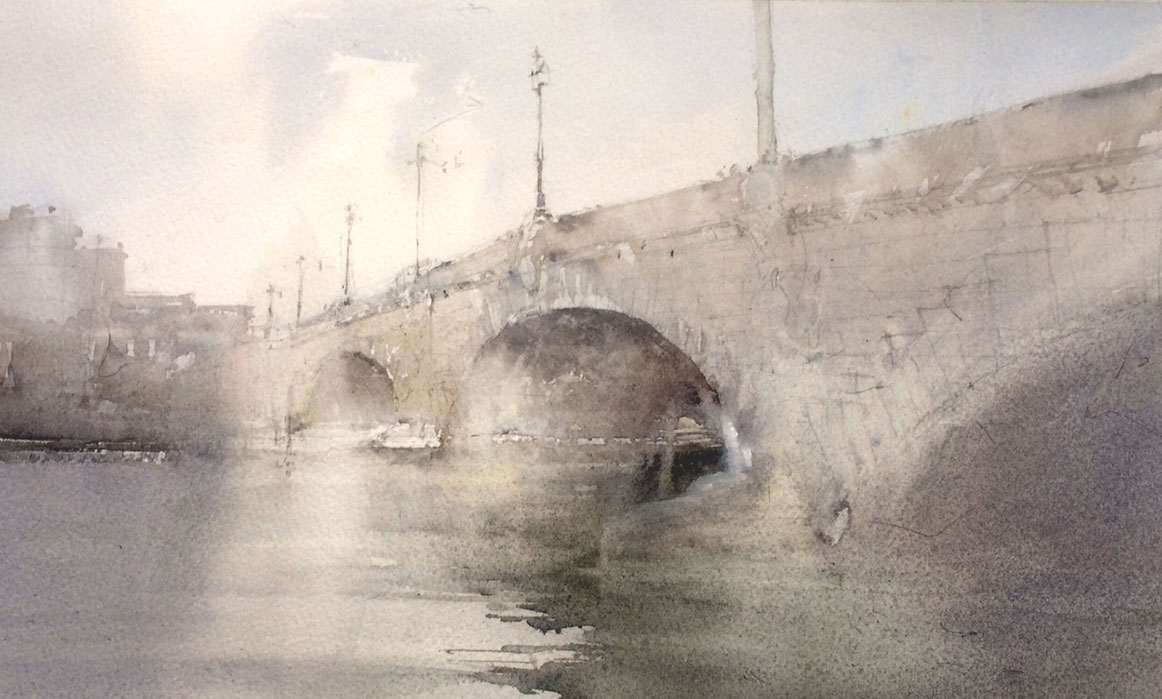 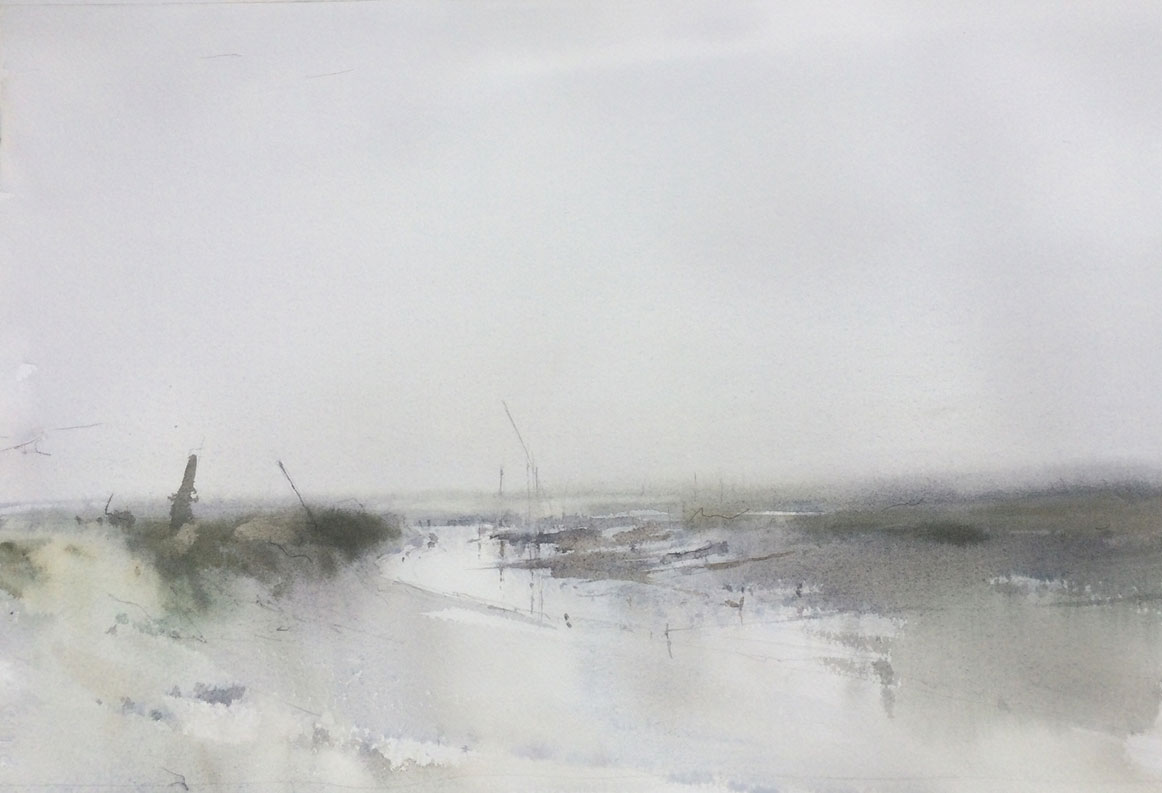 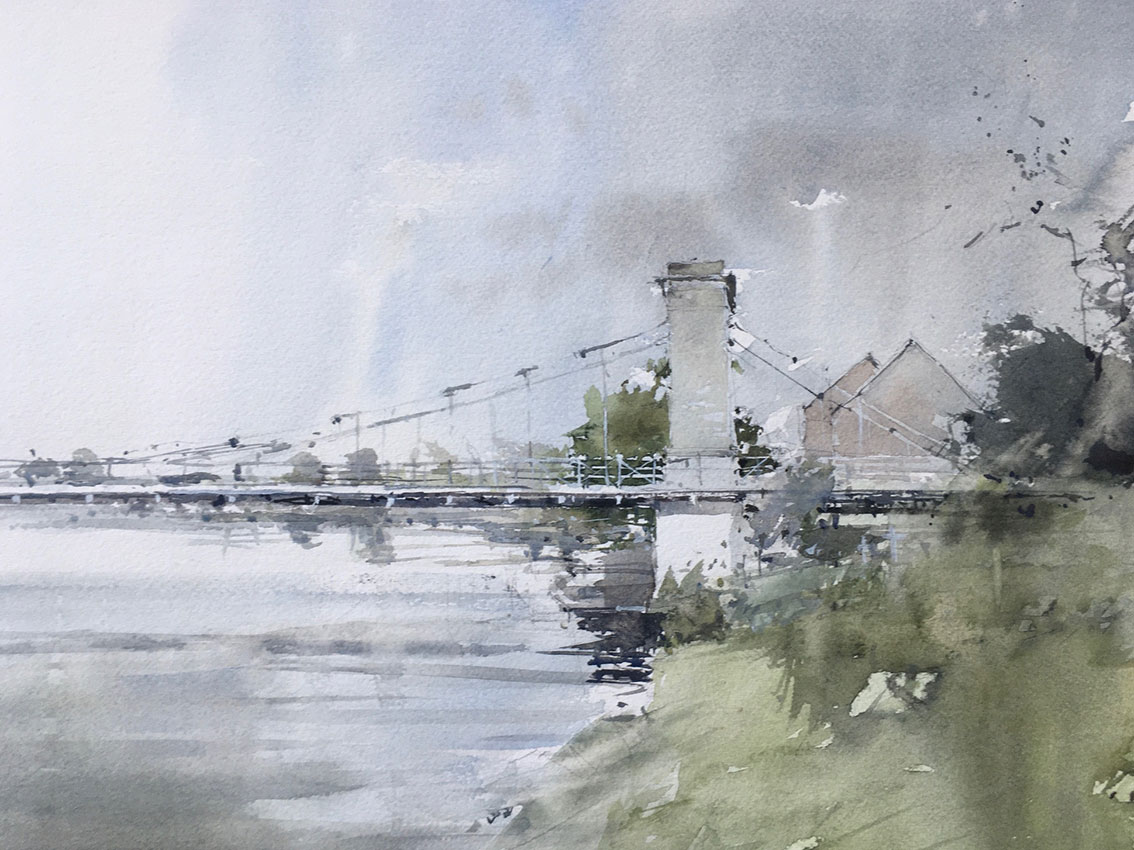 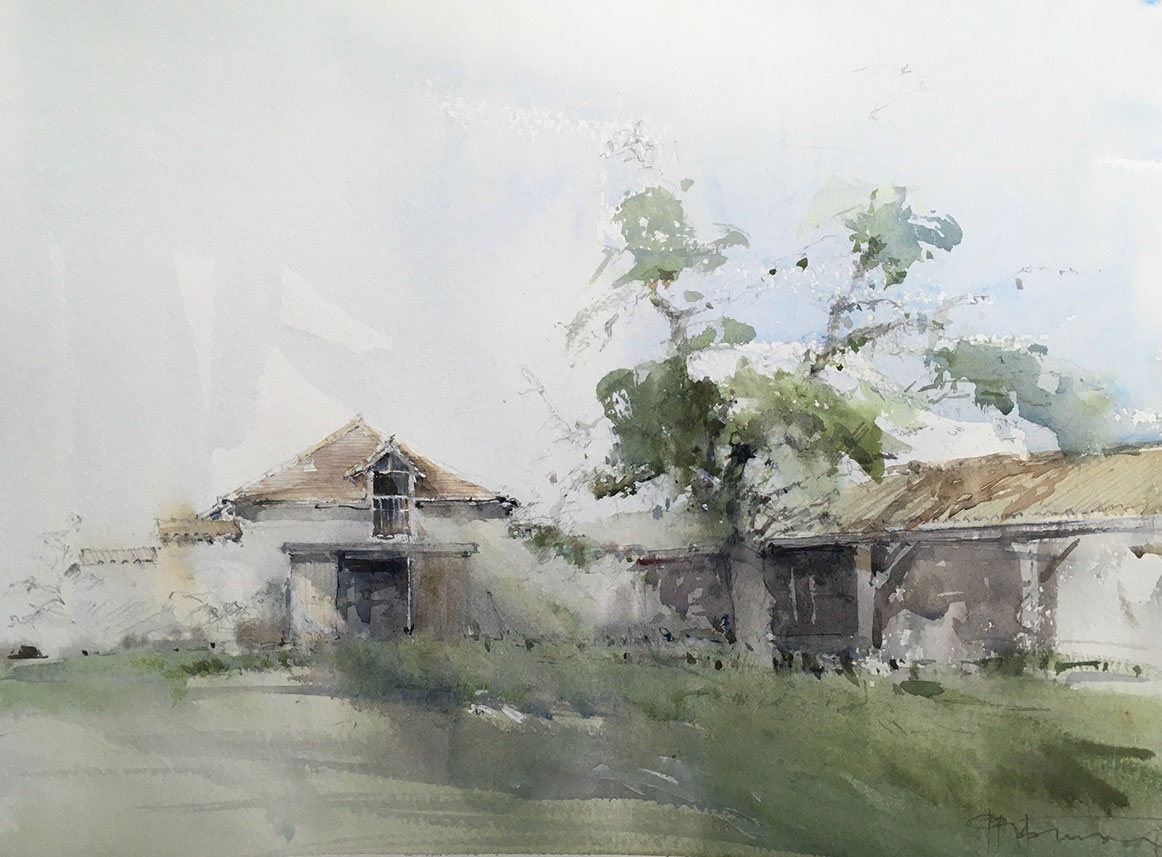 Gatesgarth beck in the Lake District. Watercolour, 9 by 14 ins.

Honister pass in the Lake District. Watercolour, 9 by 14 ins.

Castle stables in the Dordogne. Watercolour, 12.5 by 18 ins.