Exhibits regularly in group shows such as the Royal Academy Summer Exhibition & the Royal Society of Portrait Painters. Showed in the Paris Salon 1961 & 1967 where she won the Medaille D’Argent.

A Council member of the Chelsea Art Society and President of the Small Paintings Group for the last few years. These groups have annual shows in which she exhibits. She also shows with the New English Art Club where in 2010 she won the Horan Prize, and the Royal Society of British Artists where she was elected a member in 2012.

She has had about 14 solo shows. Three in Guernsey at the well known Coach House Gallery and also at The Gallery at Sausmarez Manor. In London she has had two at the Piers Feetham Gallery and once at the beautiful Leighton House Museum. Also twice at the Chelsea Arts Club.

Her work is held in several private collections in Great Britain, Europe, America, Australia, Hong Kong and in the Candie Museum, Guernsey. 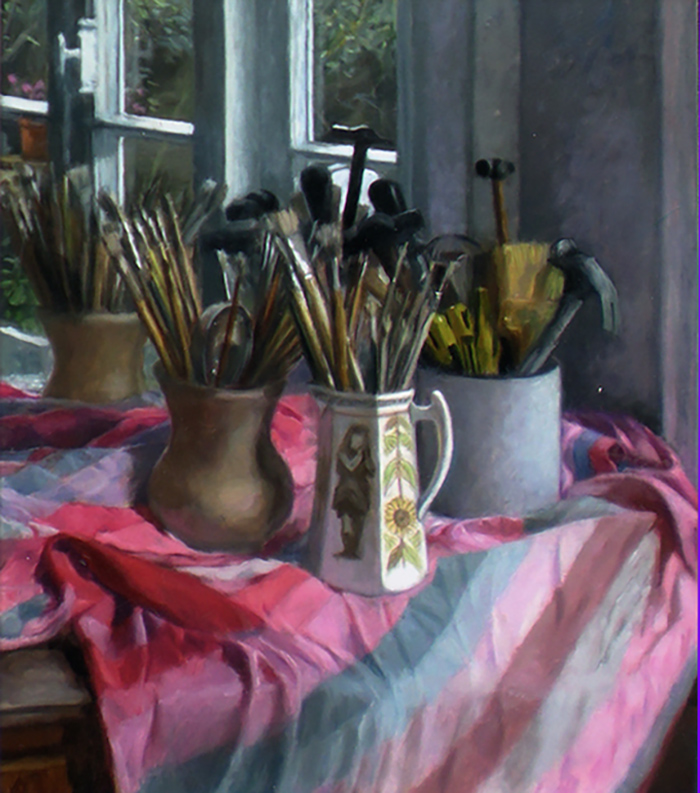 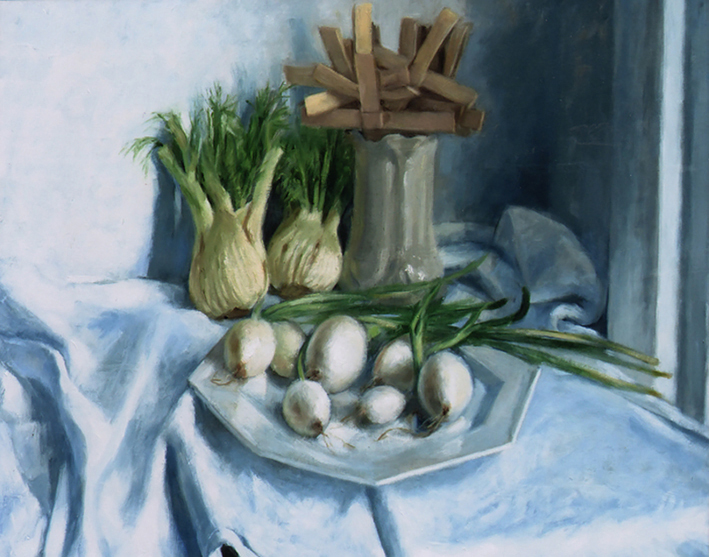 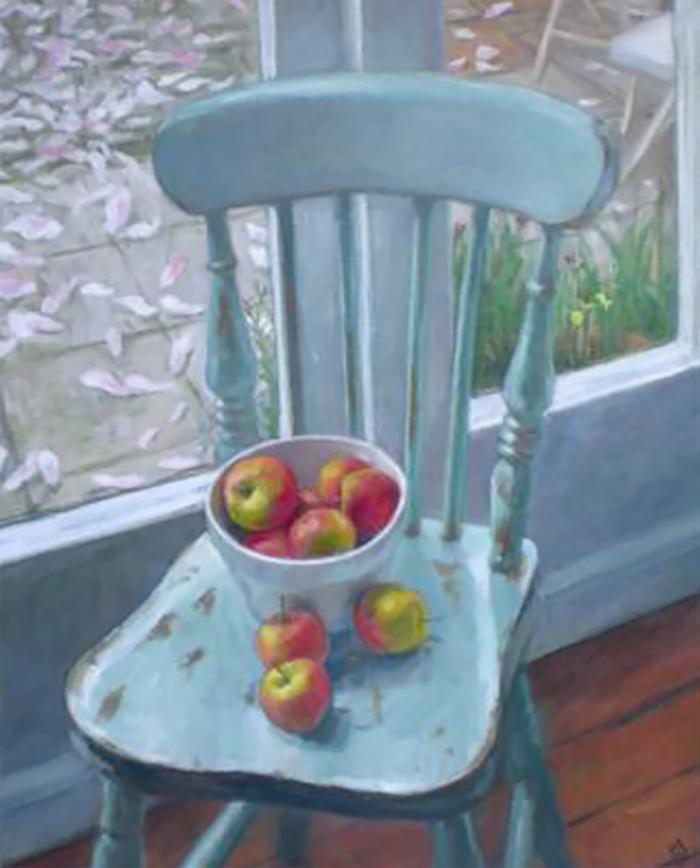 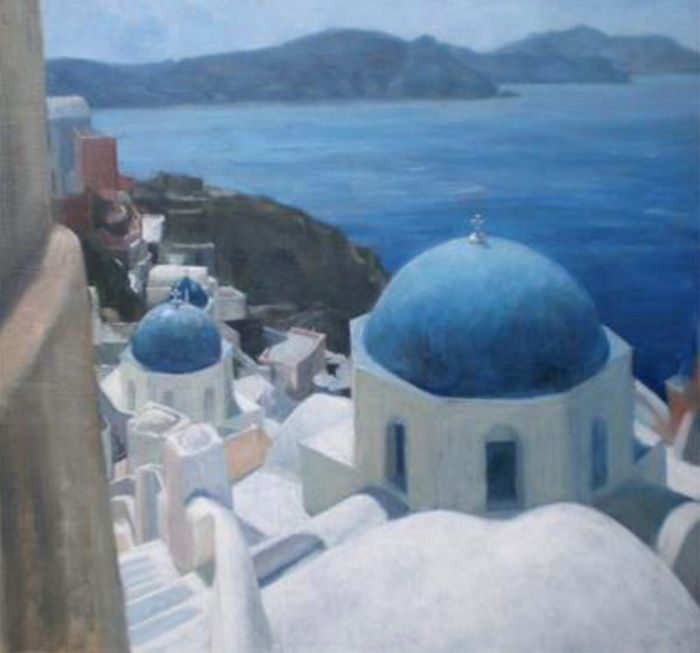 Paintbrushes, oil on board.

Still Life with Spring Onion, oil on board.

The Chair, oil on canvas.